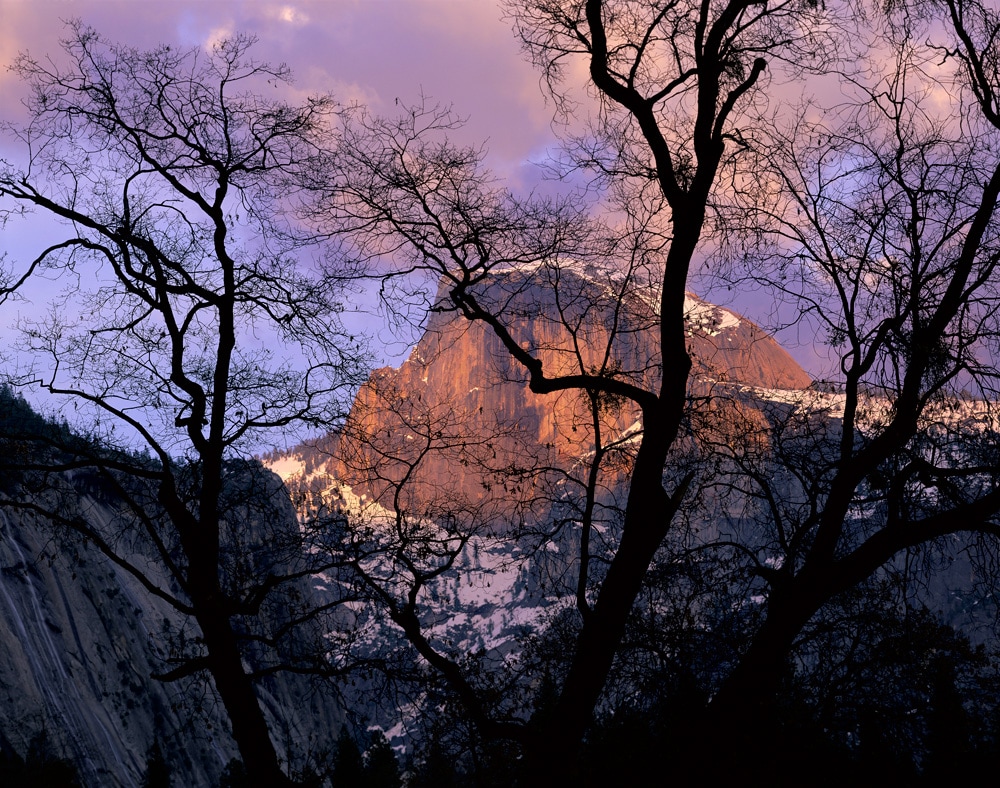 You would hardly notice they were there, unless someone told you. They could easily be mistaken for hills, or piles of rock leftover from some glacier an ice age ago. But there was a sense of form to the hills…some kind of plan…and on the summer solstice, the sun shone through the opening to this ancient ceremonial ground. They say it’s from 8000 years ago, and as I walk in this ancient place in this Eastern forest, on the edge of a Tennessee river, I consider what that life must’ve been like for them. I wonder who toiled to build these mounds made in a specific pattern of rock and dirt…mounds that stretch hundreds of yards, built without modern machinery, created by the sheer determination of man. Was it slave labor? Was it a work of passion? What group of people devoted their life’s work to building this ceremonial ground?

No one really knows.

I am in a place where people have walked for thousands of years, yet all I can see is this moment. The trees I see are second or third growth, leveled and cleared time and again in the space of time between me and them.

Later on that day we went to the Stone’s River Battlefield, and walked through Hell’s Half Acre, a piece of ground about the size of my backyard. This small slice of land served as the point of reckoning 160 years ago, and at the end, was soaked and saturated by confederate and union blood. The monument commemorating this hallowed field has stood watch since that battle, the first official Civil War memorial, erected by fellow soldiers lucky enough to live.

My little boy wandered through the tomb stones. He loves playing soldier, dressing up in military gear and pretending to be the bravest man standing. I explain to him that other brave men died…and their bodies rest beneath our feet…and these stones have their names so they would never be forgotten. He wants me to pick him up, because he suddenly realizes there are dead bodies in this place where we and the cannons still stand. Those dead bodies were once heroes, and indeed, still are.

The life of mortals is like grass, they flourish like a flower of the field; the wind blows over it and it is gone, and its place remembers it no more. Psalm 103:15-16

This idea of “place” has been echoing in my head. Physical places latch onto our hearts, and somehow we define our lives by them.

I just moved to Tennessee from the place of my dreams near Yosemite National Park. The Sierra mountains were my home for half my life, and in the course of that time, I became intimately familiar with the intricacies of each season. The smells of autumn; the blazing sun of summer; the gauzy clouds of a winter storm.

When I came to Yosemite, I was a broken and tired 22-year-old, freshly out of college with dreams of being a writer. For a girl who grew up in the flatlands of Ohio, I felt like I was going to heaven. I became a student of the Sierra, hiking hundreds of miles of trails; learning the names of countless birds and wildflowers; studying the rocks beneath crystal streams of water that had been snow, just hours before it passed beneath my feet.

I wanted to make my mark on that place because it fundamentally made its mark on me. It changed me, showing me a place of peace and an imaginative landscape my brain never could have construed. I fell utterly and resolutely in love with Yosemite, and I held onto that affair more tightly than I should have. I discovered that, at a certain point, insatiable love does consume you. 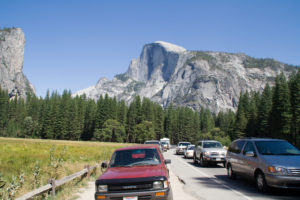 I was frustrated to discover that Yosemite had tourists who beeped their horns in the parking lot beside my home; miles-long traffic jams; kids who chipped pieces off the Ponderosa Pines, making jigsaws of bark at its base; forest fires and camp fires that marred the view and filled the valley with unbreathable smoke. It was tremendously disappointing to realize my slice of heaven was just another place on earth…

That place of heartbreak led me to the truth: Yosemite wasn’t heaven. What I loved about Yosemite was its sense of grandeur. It was bigger than life, bigger than my dreams, and wider than my (very active) imaginations. But what drew me to Yosemite was deeper than its beauty. It called to something deep in my soul. And I realized, over time, that it was God who spoke to me through those rocks, showing me the beauty He could create…and if He could create something this amazing here on earth, imagine what Heaven itself will be like someday…

It was no person who led me to God, but God Himself, through the handiwork of those granite cliffs.

Psalm 19:1-6 “The heavens declare the glory of God; the skies proclaim the work of his hands. Day after day they pour forth speech; night after night they reveal knowledge. They have no speech, they use no words; no sound is heard from them. Yet their voice goes out into all the earth, their words to the ends of the world.”

My love affair with Yosemite and the mountains that surrounded it lasted until October 8, 2016. My husband and I were walking and talking, trying to make sense of our lives, yet again, in El Capitan meadow. We’d hiked in that meadow hundreds of times, yet that day we managed to find a little area we had never explored. We marveled at the river rocks; the reflection of El Capitan in the water; the yellowing grasses in the Autumn light…when God revealed a new plan, in the midst of our conversation.

We were to sell our house. We were to move. This was the beginning of a big change…And, my husband thought that ultimately, we would be moving to Nashville. He had never been to Nashville.

The calling was like a declaration of truth coming from somewhere outside of us, yet from within our souls, and the news filled our severely burdened hearts with a sense of hope and joy that could only come from God. We were giddy, excited for something new…and just like that, the soul-level satisfaction I gleaned from exploring the Sierra dimmed to a small flicker. And this place I loved, this place I had left my family and friends to explore and immerse myself in…this place I called home for 22 years…I had no interest in exploring anymore.

It took nine months for God’s plan to unfold. We sold our two homes. Our previously successful business failed. Everything we owned and had acquired in California was liquidated or packed into a 28-foot moving truck and hauled to Tennessee.

Starting over. In a new place. With new rules, and new places to explore, like this Native American ceremonial mound, and this Civil War battlefield.

Maybe it’s losing the majority of our earthly possessions; maybe it’s the realization that what man spends 20 years building can be liquidated in the space of a few months…but the overriding impression I am living with lately is how truly fleeting life is; how our concept of a place exists only within our minds and our experiences there; how fire and floods and rockfalls and tornadoes can forever change the character of a place…and how a place is not something solid to build a life around. Not even a place made of solid rock, like Yosemite.

There are very few people whose names live in infamy…and those who are remembered, are notorious for small aspects of their lives. The concept of building a career, making a mark, gaining notoriety or celebrity is truly chasing after the wind. Only one thing this side of heaven will last, and that’s the feeling left on other people’s hearts.

Did you value them, or what they could do for you?

Did they feel loved by you, or overlooked?

Did they want to be in your presence, or were they afraid of you?

Were you kind, or curt?

Did you reflect your Creator well?

Were you critical or encouraging?

These are the characteristics that will be remembered from generation to generation…these are what shape the hearts of those yet to come. I’m not perfect at any of these, and in fact, I fail often. But I am trying, and I have been trying, and I will continue to try to make loving others my top priority.

My children will never know what it was like to look into the clear blue eyes of my grandmother. They will never know how the blue sapphire on her ring finger matched the blue veins of her hands, and how as a child, I’d study the map of her veins as she read me book after book. This person, my grandmother, someone they will never meet, shaped me, because she took time for me. She taught me about Jesus in words, and showed me His love when she’d reach down, hold my face and peck my cheek saying, “Hello, love! How are ya?”

These things we pass down…the words we speak…the love we create…this is what lives forever, in the hearts of our children, our grandchildren, and the generations yet to come. Love is a place, somewhere within us. And this place of love is the only thing that can change the world, one intentional moment at a time.

2 thoughts on “Places That Matter”