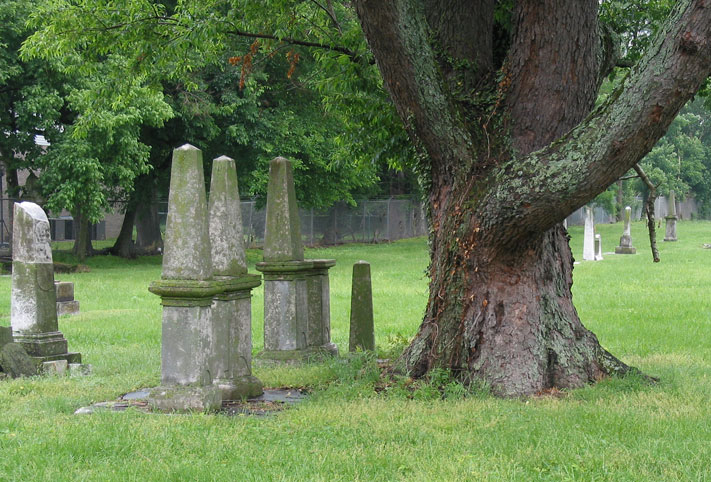 Pondering The Lives Beneath Our Feet

It was just past sunset as we drove a twisty road toward the interstate. An old church with a cemetery appeared along one bend, with a “point of historic interest” sign. We turned around a mile or so later, intrigued to see who might be buried on that old piece of land.

Our kids thought we were crazy, and they begged us not to stop…it was growing dark, and their imaginations filled with stories of ghosts, dead bodies and who knows what else might lurk in an old cemetery. We knew better…

Having grown up in Ohio, with family on the East Coast, exploring cemeteries was practically a family pastime when I was growing up. When I was a teenager, my grandmother took us to the family plot that housed the Cavanaughs, who immigrated to New York from Ireland in the 1840s.

The cemetery a mile from my house in Ohio interred soldiers from the Revolutionary War, the War of 1812, the Civil War, and all of the wars of the 20th century.

In elementary school, I remember going to a cemetery with my class, finding an old grave whose letters had long since disappeared, rubbing a black crayon on newsprint, and watching the letters appear, telling me the name and dates of life of the person buried beneath me.

Cemeteries are sacred places where people are memorialized…they have stories, and history to discover…

We stopped the van, and bribed our kids with chocolate to disembark from the minivan and adventure out into the burial ground. Sure enough, there were dozens of stones of people who died over 100 years ago; the grave of at least one revolutionary soldier and his wife, appropriately marked “PATRIOT” on a separate, beautiful stone; and other graves of everyday citizens…most from the early part of the 20th century.

My kids talked about how it scared them, the idea of dead bodies beneath their feet. And, I agreed, it is a bit freaky… 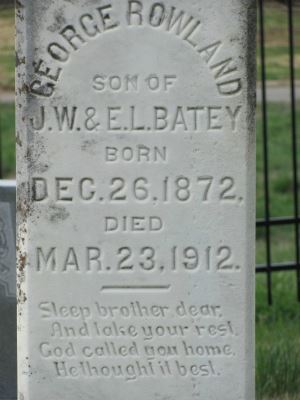 But what intrigues me are the stories contained within a cemetery. The lines of stones that represent lives lived on this earth; some long, and some short. Each person was buried at a separate time, with a unique gathering of the people who loved, cherished, or at least tolerated them. Can you picture the gathering? Can you still sense the tears? The stones had their names; the dates they were born and died…and little else. Many stones were broken, or could not be read. Others were simply labeled “Mother” and “Father.”

Here we were…another Mother and Father, walking with their children, just as these people had over 100 years ago. What was the area like then? What tasks made up their daily lives? It’s hard to really know. Their stones are weathered into disrepair because the people who loved them, and remembered them, are also gone…

We wandered for a good 15 minutes before we loaded up again in our minivan and drove toward home.

In the end, my children weren’t scared by the cemetery at all, but were somehow comforted.

“You can live life, and not have to worry,” my older son said, before he loaded up into our van. I thought it was an interesting comment, considering the fact that few things remind you of your own mortality like visiting a cemetery. He continued, “Ultimately, we all end up dying, and we will be with Jesus, anyway. So, all the other stuff we don’t need to worry about.”

John 3:16 For God so loved the world, that He gave his only begotten son, that however believes in Him shall not perish, but have eternal life.

Yes. We know where we will be in the end, so the rest of life is just the details…the glorious details of living with each other, loving each other, and embracing this good life; this beautiful sunset; this quiet night in an old cemetery; and this gift of time together that God has so graciously provided.

One thought on “Pondering The Lives Beneath Our Feet”